Laura Riding’s Progress of Stories was weird and thoughtful and bloated and challenging. She sets a snide tone in the Preface, “I have done a certain amount of work on it, but no more than was enough to establish it decently in its unimportance… I have set myself the task of discovering very obscure, or irrelevant, material, and done a minimum amount of work on it.” She breaks the book into categories of stories: lives, ideas, nearly true, and more. And they are a bunch of misfits, intentionally jarring, Riding trying to get you to wake from your readerly slumber and note the outlines of her pen. On the whole, the Stories of Lives was the most readable section, with stories like Socialist Pleasures, where a group of socialists indulged themselves in parties and could “act according to their least sane instincts,” like wearing Spanish shawls, earrings, and dancing. Also The Secret, about a man who is friends with criminals and brings them victims, including a group of men who get mesmerized by a fortune teller that the world will end tomorrow, but that they must meet every year to discuss that night’s reading. Daisy and Venison is a sweet tale of a woman living on her own in a town where her father buried his ill-gotten loot, who takes in a lodger (Venison) until Daisy feels she must leave (after the publisher of Venison’s stories arrives). The last of the bunch, Three Times Round, has some nice bits on travel, including:

For a long time, it seemed that nothing was going to happen to her in Japan. She did not, in fact, feel that she was in Japan–or in any particular place. She lived in a large European hotel and rarely went out. There were little shops in the hotel where she could buy everything she needed, and all her friendships were with people staying at the hotel- people who, like herself, did not quite know why they were there and had no immediate reason for going away. They did not talk to one another, but merely sat in the same room together telling themselves that they were in Japan. The strongest emotion that travellers feel in Japan, without any disrespect to it, is that they have had enough of travelling.

I was disappointed by Pamela Lu’s book, Pamela; for once in my life I felt shunned as a reader, like I was intentionally not the audience for a book. She uses single initials instead of character names, and it becomes tedious to juggle all those letters in one’s mind. It seems less like experimental fiction and more like a boring tale of a twenty-something’s first exposure to the Bay Area.

Writing a Woman’s Life by Carolyn Heilbrun was a 1988 foray into understanding the restrictions around autobiography and biography of women – autobiography because women weren’t yet ok with sounding angry (shrill/strident!), biography because the men writing it assumed cultural norms (she must have been disappointed that she didn’t marry, so she decided to study instead). A quick study, but I got a long list of books to read from this.

Consumed bits and pieces of this gorgeous but terribly dry book, Woman Under Socialism by August Bebel. Luckily it was summarized into a condensed version by Eleanor Marx’s 1887 The Woman Question which I read a few weeks ago. I don’t have the heart for all the data charts, sad to say. 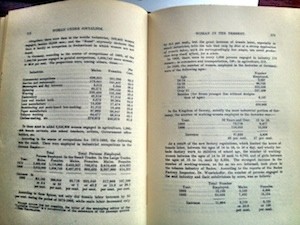 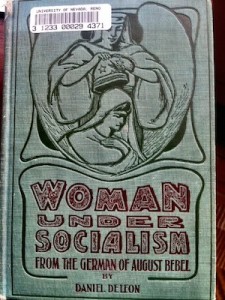