Kate Beaton’s best-selling Step Aside, Pops is hilarious and inimitable. Straw feminists lurking in kids’ closets to give them nightmares, or pouncing on them as they shop for their first training bra. A version of Lois Lane who kicks ass and is tired of blockheaded Clark Kent always getting in her way. Danton, Robespierre, Shelley, Byron, Nancy Drew, Hermione & Harry Potter, Napoleon, Wuthering Heights, bad ass women on early bicycles, Ida B. Wells, Kokoro, the founding fathers, I mean COME ON! Beaton is amazing and unstoppable.
Two great samples from the book: 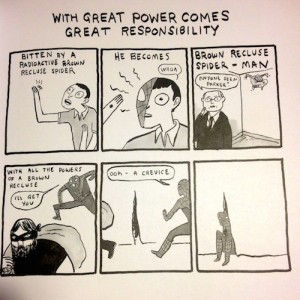 I got bogged down in Ivy Compton-Burnett’s typically dialog-laden work of More Women Than Men. There’s some great, sly stuff in there. You’re bopping along and all of a sudden a forty year old man is sitting in an older man’s lap. It’s a tale of a large girls’ school run by Josephine Napier, packed with intrigue and drama, but the tricky bits lap at you from between the lines.
After finally making my own zine a few months ago (what took me so long?!), I picked up Girl Zines: Making Media, Doing Feminism, an intellectual exploration of how zines transcend the usual capitalist and sexist power structures to publicize women’s stories and struggles. There’s some great samples included within, and I’m left shaking my head that I completely missed the Riot Grrl movement in the 90s.
Finally, this collection of bizarre comics caught my eye at local bookstores around the city, The League of Regrettable Superheroes: Half-Baked Heroes from Comic Book History . Great snarky commentary along with a sample cover and sometimes a more in-depth look at these goofballs. 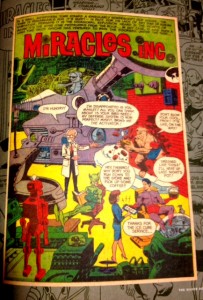 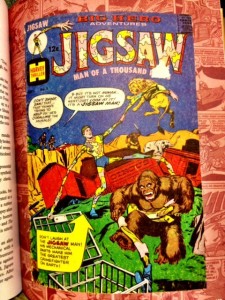