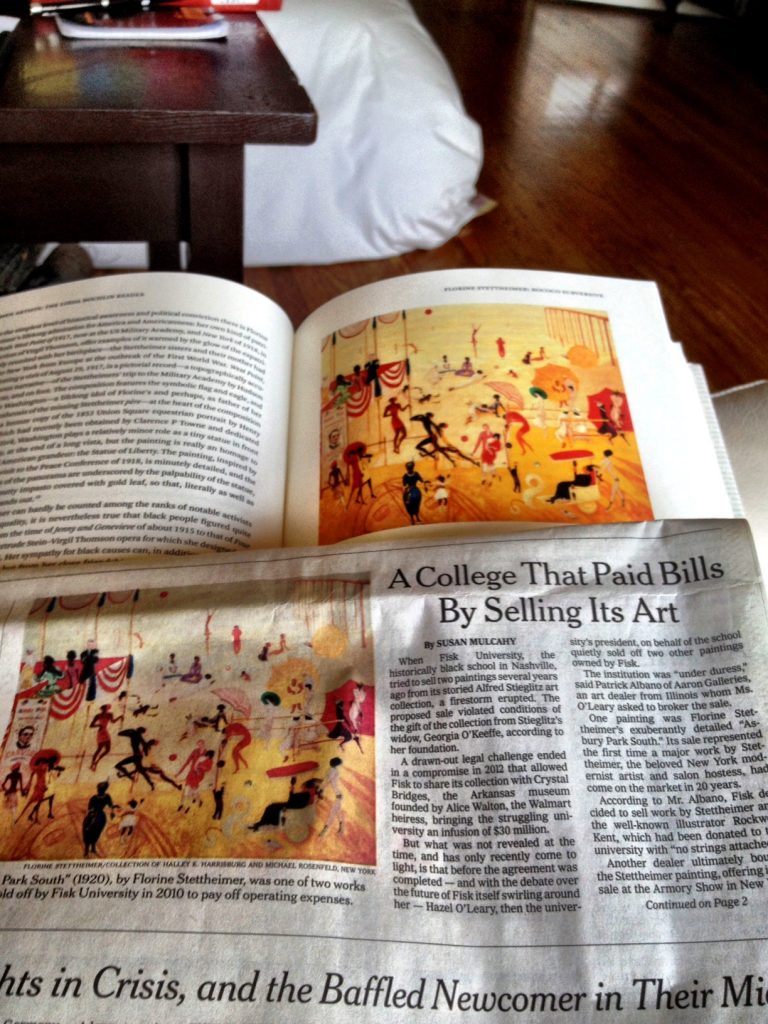 Maybe it’s just me, but I found this a jarring coincidence that as I’m making my way through the extensive Linda Nochlin Reader filled with essays on women in art, I read the essay tonight about Florine Stettheimer, just a few hours after I finished reading today’s New York Times, where an article by Susan Mulcahy features one of Stettheimer’s works as controversially sold by Fisk University to pay its bills. The painting in question is Asbury Park South, finished in 1920. Fittingly, Nochin finishes her 1980 essay, Florine Stettheimer: Rococo Subversive, by quoting one of Stettheimer’s poems: