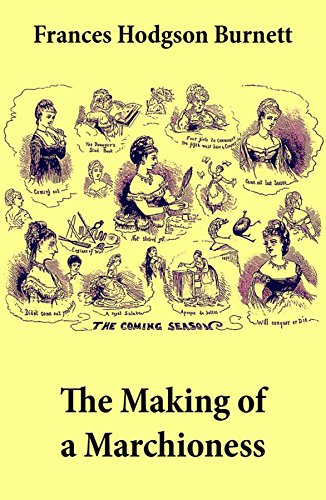 Oh boy oh boy oh boy! Frances Hodgson Burnett’s best novel for adults is a dazzler. Masterful expansion of tension to keep you on edge, not knowing where the tale would turn. I had to put it down a few times and walk around in circles just to get enough courage to continue. The first part is all sweetness, where blue-blooded Emily Fox-Seton is a poor spinster in her mid-thirties who runs errands for people in London to make ends meet, happily resigned to her lot although sometimes waking in terror in the middle of the night about what would happen when she got old and could no longer do the odd jobs to make rent. She’s invaluable to Lady Maria Bayne, who needs her daily services so much that she takes Emily with her to her summer home in the country. At Mallowe, Lady Maria’s cousin, the widowed Marquis, is being ogled by three potential brides. Emily goes about her efficient and hard-working business, and ends up with the large ruby engagement ring on her hand.

In the second part, she unfolds her petals into a beautiful and confident Marchioness, still bestowing many gifts and kindness wherever she goes. Here we meet Alec Osborn and his Indo-Anglo wife, Hester, who are enraged that Lord Walderhurst (the Marquis) married again, thereby making it more unlikely that Osborn inherits the title and estates. Emily is blind to their hatred and does them thousands of kindnesses, including fixing up a house on the estate and installing them in it close to her. The author drops several hooks into the story that make you believe Emily will have an accident while riding; and indeed Alec trains a horse to throw its rider at a particular spot on the road. Luckily, Emily finds out she’s pregnant right around then, and decides not to take up riding. Enter Hester and her Hindu maid, who begins haunting Emily at night, cutting out the wood of a railing she leans against at the lake, poisoning her milk. Hester catches wind of the plot and gets Emily to flee, which she does, heading to London although telling Alec she’s gone to Germany. Oh — the Marquis leaves his wife for a long trip to India after only a few months of marriage, so he’s not here while the murder plots are all going down. He returns to find Emily on her deathbed having delivered a healthy son. James is able to whisper her name enough to bring her back to life, and she recovers.

Alec and Hester head back to India with their daughter, and he continues to drink and beat her. One night he shoots himself with what he thought was an unloaded gun, which Hester reveals at the end was loaded by her faithful servant.