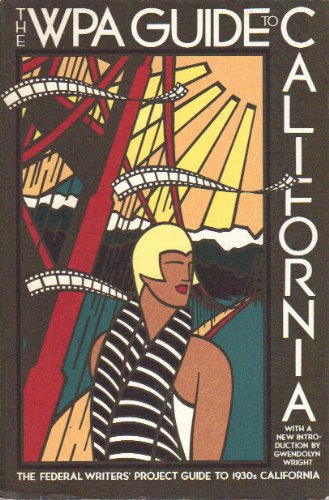 My interest was piqued after reading the entertaining perspectives of 1930’s San Francisco via the WPA writers’ project, so I dove in and grabbed a handful from the stacks at the library. None of them are worth reading cover to cover, but I did pick up some tidbits and amusements. The librarian who handed them over gave me an “are you insane” look and asked if I was reading these as travel guides or as history. I tried explaining what a great resource these WPA guides are and he got a bored look on his face then pronounced that the WPA program still existed and was still paying writers. I wish!

WPA Guide to California– This was a later edition (1984) that contained a somewhat snarky introduction saying that much had changed since 1939, “often for the worse,” citing Cannery Row’s and Fisherman Wharf’s tourist attractions and that Daly City now had tract homes instead of being covered by fields of lettuce, artichokes, pansies, and violets. The intro also revealed that Tillie Olsen was a contributor, among others (Kenneth Rexroth, Madeline Gleason, etc.).

WPA’s New York city guide; a comprehensive guide to the five boroughs of the metropolis–Manhattan, Brooklyn, the Bronx, Queens, and Richmond 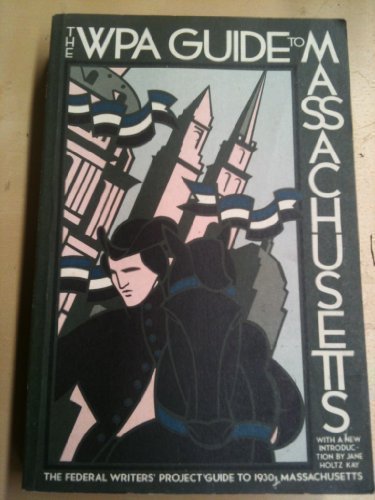 zzz boring, nothing to even call out here. They go town by town alphabetically trying to squeeze out a few lines per town. Louisa May Alcott is denigrated by saying she wrote “sentimental” novels.

Kansas, A Guide to the Sunflower State; compiled by the Federal Writers’ Project of the Work Projects Administration for the State of Kansas.

No credit is given to the writers and none is due. This, too, was a snoozer. The only note I made was on climate, where they said “topcoats and overcoats necessary Sept 1 to June 1.” Oh really? Also a lot of regulations around fishing, saying it was prohibited to have more than 2 poles and a line, or dynamiting, poisoning, ice fishing or “any manner of taking fish except with artificial lures or baited hooks.”