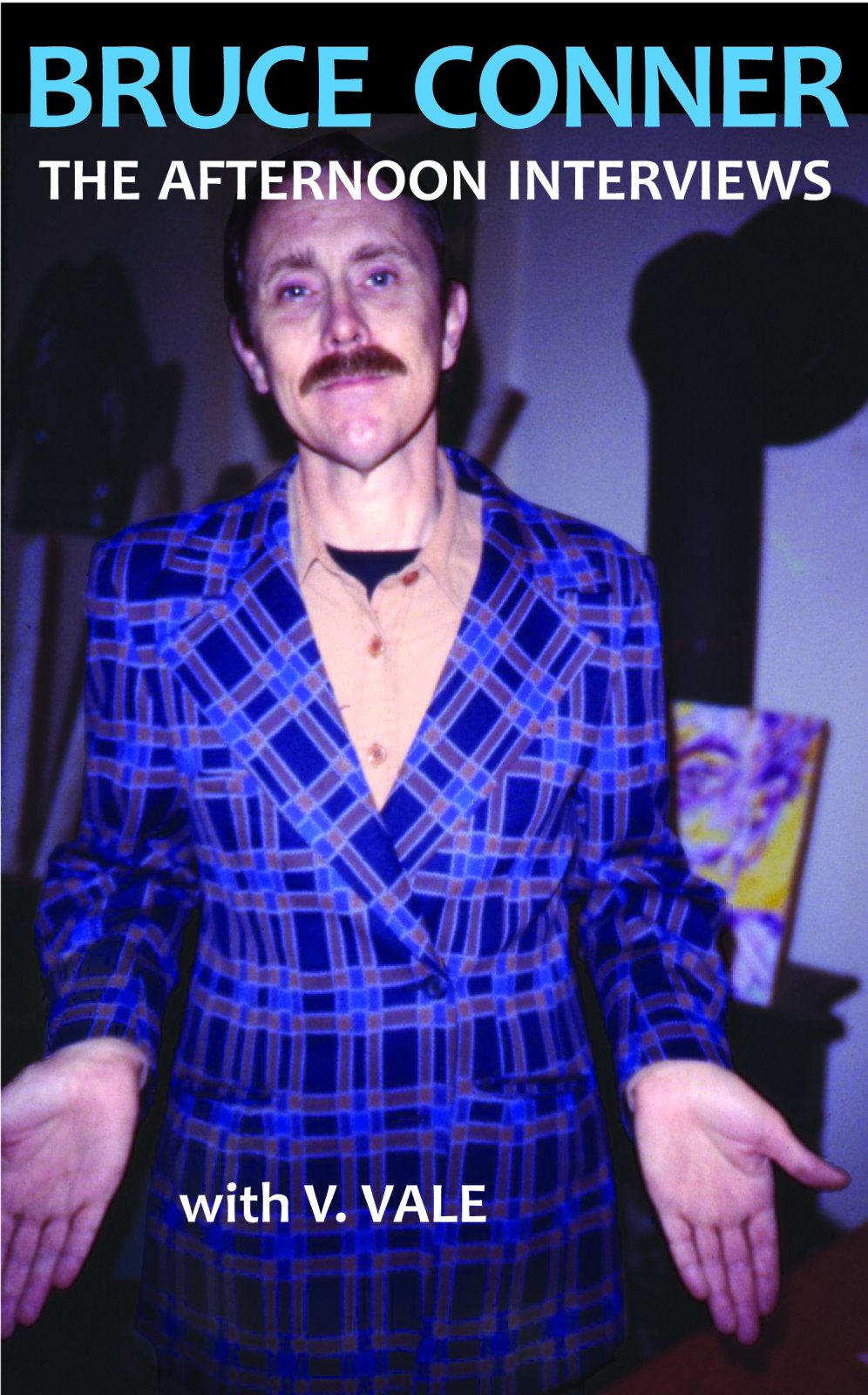 Tape recorded conversations with Bruce Conner from the 1970s until 2000s, speaking to V.Vale who started the punk mag Search & Destroy and got Conner to photograph punk banks at Mabuhay Gardens. The chats are transcribed into meandering bits, always interesting tales. Many rants against the behavior of Timothy Leary and his institution which sidled up to millionaires to solicit funds but never really did much beyond funding Leary and a tight cohort of his friends. Leary also boorishly blared into Mexican villages demanding to know where the mushrooms were and how people felt when they took them, acting as the obnoxious American and ensuring people would just clam up and not talk to him. Also of interest is when Conner meets Duchamp, brings him a box sealed up that has his signature stamp inside and asks Duchamp to give it to a mutual friend, which he does. Lots of talk about music and the bands that were in town, and a digression where Conner was trying to remember the name of a group of black men in the 1950s who were actually several different groups sent out on the road to maximize ticket sales because the producers felt like people wouldn’t be able to tell the difference. Calling Jello Biafra a nut, “he’s insane.” Getting death threats when he ran for the Board of Supes (BC got 5400 votes). His experience in Tokyo with everything running on time and feeling like an “enormous intruder… I’m too big. I’m too clumsy.” At one point BC is trying to convince Vale to go to the club that night but Vale wants to stay home and watch television, specifically “The Prisoner” which was on PBS. Bruce tells him:

“You should’ve seen it on commercial television. Because what happened was, when the commercials came on, there wasn’t any difference between ‘The Prisoner’ and the rest of the television thing. It was like the commercials are all part of this diabolic thing that was happening… It was as though you were locked into this labyrinthine structure and the TV commercials just fit right into it… It would come on and then it would just totally alter your consciousness of television, so you’d get into this grotesque, surrealistic thing of who’s number one and who’s number two and obscure plots where you don’t know who’s causing what and posters–all sorts of things that are caricatures of our 20th century of living And then the commercials would come on and the people that were in them were just like these sort of robot-like number threes and number fours, talking about brushing their teeth and happy all the time, and positive, and announcements – everything was like that, even the breaks for the station.”

“The Prisoner,” by the way, looks amazing.

A few hours after reading this, I’m struck by the fact that Jean, Conner’s wife, comes into the conversations a few times, always as someone telling Bruce it was time to eat. This another example of a male artist benefiting from the structure of marriage, to the detriment of Jean’s own artistic work.