Book of poems from the British poet Kayo Chingonyi in 2017; the name means “initiation,” the rites boys from tribes in NW Zambia must pass through before considered men. Most deal with trying to understand identity in a place where his roots seemed stripped away, plus a jab or two at Eminem (who gets to be dubbed a poet because of his white skin and blue eyes) instead of just a brother who can rhyme.

My favorite of the bunch has to be Guide to Proper Mixtape Assembly: 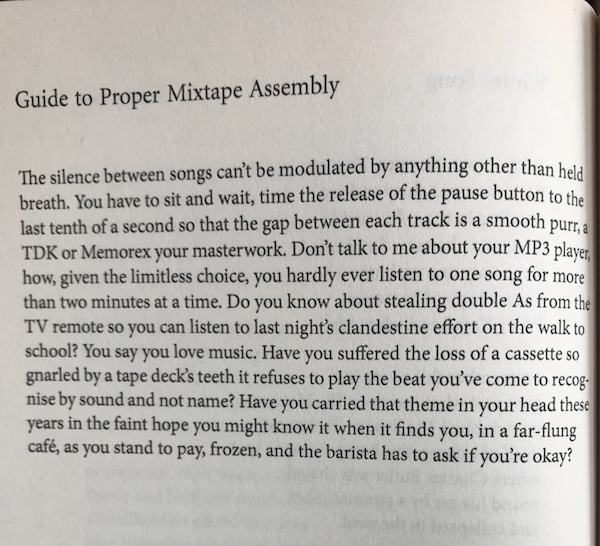