I’ve been tracking down a side project that flared up from Lynn Hershman’s Bonwit Teller windows in 1976. Janet Ward’s book about Weimar Germany makes a case that innovations in department window design took place in Berlin first despite Germany’s late start (France, England, U.S. all had several decades of huge growth in department stores before Germany’s 1890 rise). Architecture gave rise to the importance of display windows as light courts were introduced. Professional window dressers (the Schaufensterdekorateurs) were trained in schools. From 1909 on there were annual display window contests in Berlin, and Ward states that the displays of the city were the “most renowned worldwide until the gradual decline in innovation during the 1930s with the onset of Nazism.” (From her footnote: “In the initial euphoric period of Nazism, display windows were so overstocked with Nazi symbolism (especially at Christmas) that a law had to be passed in December 1933 to prevent the Nazi Hoheitszeichen being used except for official purposes.”)

The impact of mixing art with advertising was long lasting; “there was no longer any fixed boundary between the aesthetics of painting and popular culture, and no more autonomy for creative artists unrelated to the needs of industry.”

She does an excellent job weaving in sources as varied as Walter Benjamin, Fritz Lang, Baudrillard, and Nietzsche. I’m left with several leads on additional sources to track down.

More gold from the footnotes:

A display from the waning days of the Weimar, showing women mannequins climbing over each other in an attempt to get into the store: 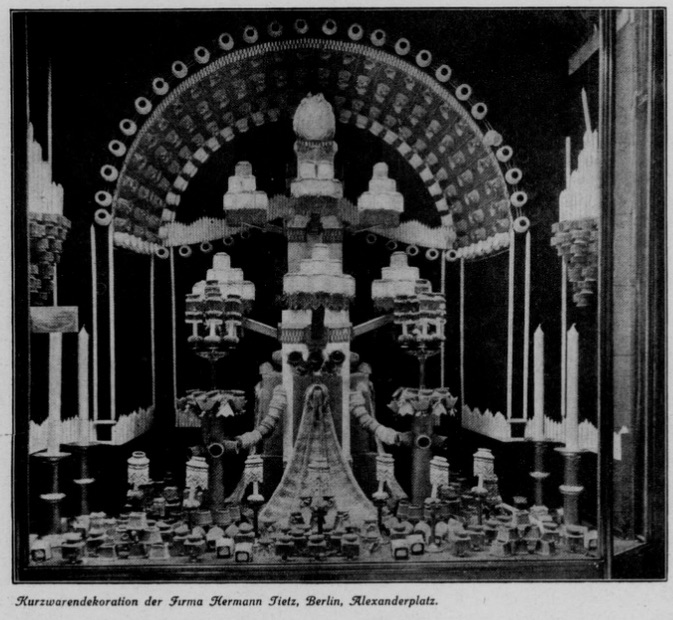 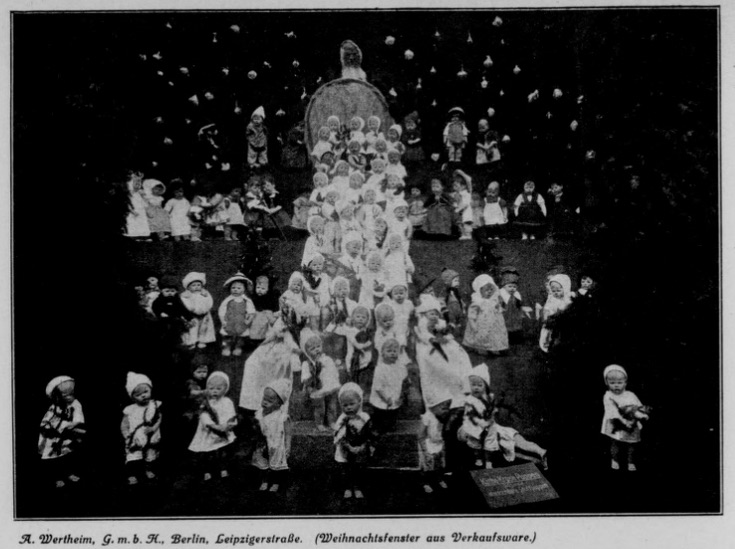