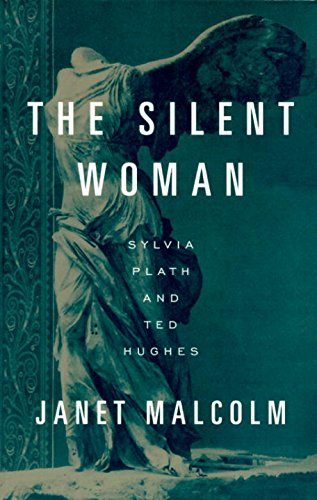 Tremendous dissection of the art of biography wrapped around the story of Sylvia and Ted. A masterpiece! Not only was this an amazing read, a journalistic romp into the land of the literary, but the breadcrumbs dropped along the way were delicious treats, like the discovery of the 1962 BBC readings Plath did of poems from Ariel. I can put up with most of the terrible things that the internet has spawned as long as it keeps rare recordings like this alive.

Malcolm aligns herself on the Hughes’s side in this never-ending argument over Plath’s legacy and makes some well-reasoned points that actually melted my heart a bit towards Ted. Poor man was stuck swirling around in the tornado of her suicide for decades, never really to extricate himself or sever his own name to be anything but the Ted Hughes in relation to Plath (for many of us; of course his Poet Laureate crown was a distinction of sorts).

This point is achingly true:

In imaginative literature we are constrained from considering alternative scenarios—there are none. This is the way it is. Only in nonfiction does the question of what happened and how people thought and felt remain open.

As well as this: