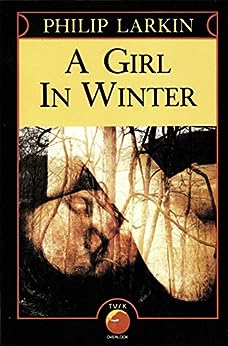 Fabulous story of a French woman (Katherine) working in a library in wartime England. Part 1 is our introduction to Katherine at the library, where her idiotic boss irritates her to no end, and she escapes to help a coworker home with a dental emergency. The jaunt takes her to a dentist, then to her house where the coworker can recover, then there’s a purse switch at the pharmacy that she must deal with before returning to work. Meanwhile she’s waiting anxiously for a response to her letter to Robyn, a man who was her pen pal when they were 16 and who invited her to spend a summer vacation with him then. Part 2 takes us back to that three week spell in the summer where Katherine meets Robyn and more importantly, his sister Jane, who’s the one who encouraged Robyn to invite K. She falls in love with Robyn then out of love, then he awkwardly kisses her the night before she leaves. In Part 3, we return to present day. Katherine ends up taking the bus to return the switched purse to a woman who happens to be involved with Katherine’s terrible boss at the library (discovered by way of a letter in the purse). Robyn’s letter announces his arrival that day, Katherine scurries away nervous and heads back to work, gets into a fight with the boss, announces her resignation, heads home in the gloom, and finds a drunk Robyn at her steps. She’s tired and not attracted to him, but she lets him stay as the solution of least resistance. A halfhearted marriage proposal is uttered and dismissed. The scene ends with snow drifting down on the pair as they lay awake in K’s attic.

There’s a few miraculous  passages that detail what depression feels like: 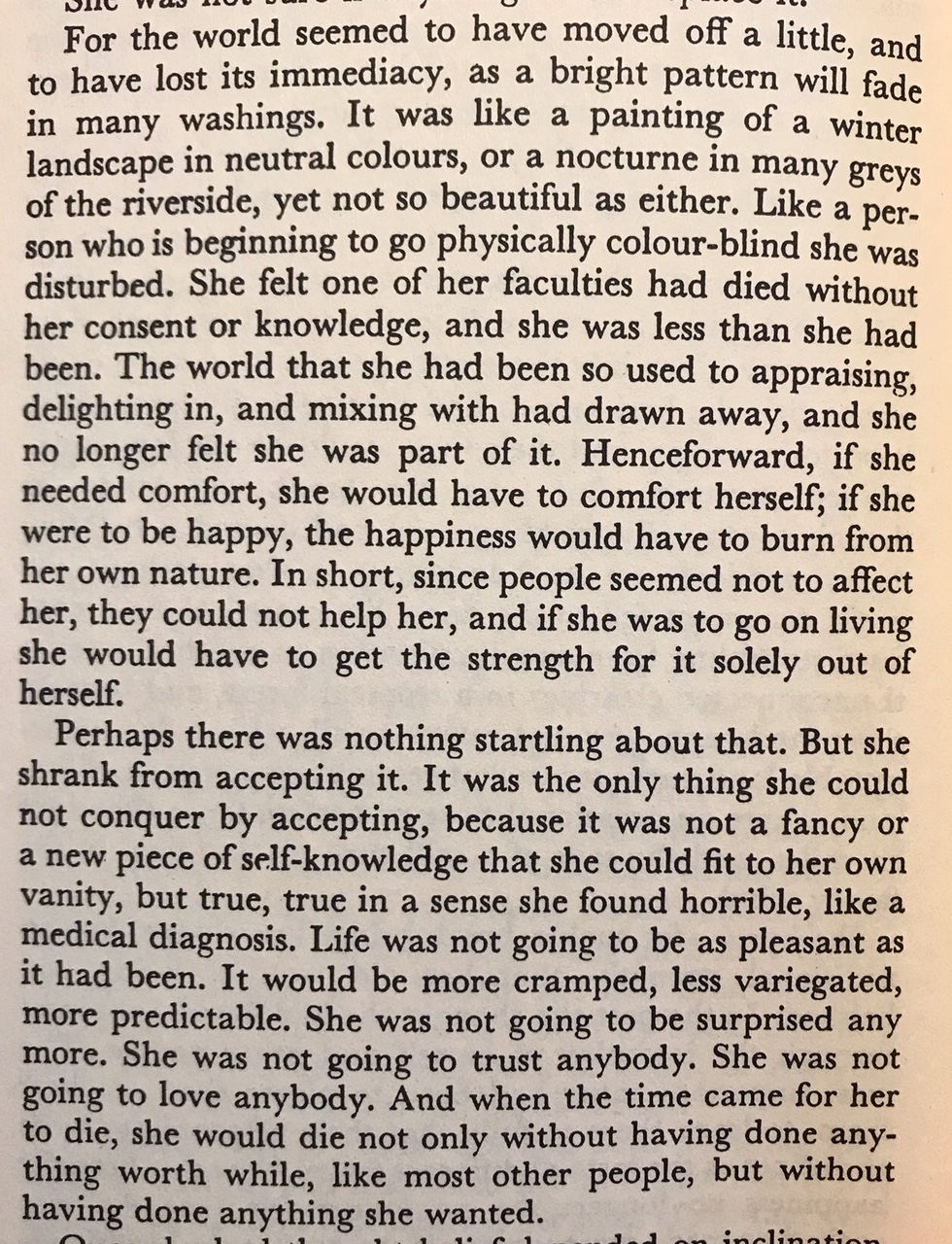