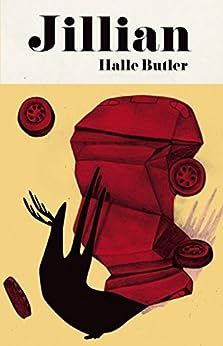 Halle Butler’s first book is an interesting read after The New Me. You can see her finding her way, honing her misanthropic chops in this earlier work, a story about two office-mates who are on opposite sides of the cheerfulness spectrum. Megan is the younger, the more surly of the two, about 10 years younger than Jillian, a single mom bursting with misplaced optimism. Megan lives with her boyfriend and likes to fill her purse with beer before heading to parties, so she’s never far away from a cold one.

The trick I didn’t like in The New Me actually works here, the jumping between perspectives; possibly works better here because there is no “I” character, so it’s all 3rd person perspective surfing throughout.

Jillian’s life starts to unravel, but then again so does Megan’s. “Jillian deleted the voicemails and took another two Tylenol T3s with codeine and decided that the courthouse must have had the wrong number, because she really didn’t have the money and wouldn’t have the money for another two weeks, at which time she would call the courthouse herself because she was a responsible person.”

The language made me laugh at times: “She felt like a warty little toad or a troll or a guy who was so visibly lonely that everyone thought he might start beating off or crying just for the feeling of connection he would get from all that wild, concentrated attention.”