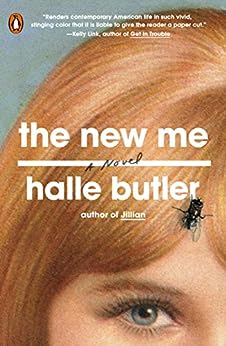 Paralyzingly beautiful novel by Halle Butler about a woman having an early-life crisis, unable to keep even the simplest of temp jobs, making grand plans to join a yoga studio and get her groceries delivered and spending money wildly although she has no income source (read: her parents pay her rent for her still and feel a little bit sorry for her when she visits them in a funk). Millie, the narrator, is hostile and crude and mostly keeps her cruel thoughts to herself, like when she invites Sarah over to have beers, even though she hates Sarah, because she can pretend that she has a normal life with friends this way. Her receptionist boss Karen belittles her intelligence by asking if she knows how to use a shredder and telling her that she’s putting paper clips on the wrong way (“She seems to be showing me how to use a paper clip. She holds it in her hands, demonstrating both the right and the wrong way. Holy absurdity, little side on top, big side on bottom, I guess I did it wrong. I say ‘Oh okay, that makes sense.’ ‘It’s a matter of style,’ she explains. ‘I totally get it,’ I say, speaking in low tones, soothing and reassuring, nodding, and to keep the indignant scream from leaving my lips, I imagine that she needs to poop, all the time, but can’t.”

The brash, awful, crude, misanthropic female character reminds me a bit of Otessa’s Eileen, but with more fury. The only parts I was less than pleased about were the inexplicable switches to other characters’ points of view, like her downstairs neighbors who smell something weird in the drains or her boss Karen’s perspective of how weird Millie is and how she wants to get rid of her urgently.