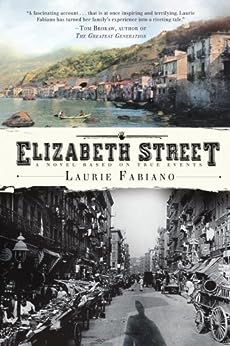 Terrific novel based on the real life story of the author’s great-grandmother and grandmother. Fleeing Sicily, Giovanna’s first husband and true love, her cousin Nunzio lands in Little Italy in NYC and gets a laborer job, all that’s open to him as an eye-talian even though he’s an educated & skilled engineer. He dies on the job, Giovanna becomes mute and her village takes up a collection to ship her to NYC to see where he’s buried. She stays with her brother and his family, gets married to a silent and stable man, sues the company responsible for Nunzio’s death, uses the money to set up a grocery shop which is then threatened for protection money by the Black Hand. Her daughter eventually kidnapped, she turns her midwifing healing skills into dropping poison oak on letters to the kidnappers and claims to be a witch. Eventually the daughter (the author’s grandmother) is released, mostly due to Giovanna’s dedicated sleuthing and threatening.