The 1939 book by Erika and Klaus Mann (Thomas Mann’s oldest children) begins with an epigraph by Dorothy Thompson: “Practically everybody who in world opinion had stood for what was currently called German culture prior to 1933 is now a refugee.”

The work is a hodgepodge, meandering, sometimes dull account of the steady stream of intellectuals, artists, professors, writers, thinkers, etc. who flowed out of Germany when Hitler started rotting the country in 1933 with the false Reichstag fire (having put together the list of people they wanted to accuse of the fire a day ahead of time, then setting it).

There are occasional flashes of interest, like the revelation that Mann used several letters from his wife in Magic Mountain (hmm, another Zelda/F. Scott problem?). Also guidance for those of us in 2019 who seem to be facing similar difficulty:

We are charged not only to unmask and denounce evil, but to practise good as far as in us lies. Our inner life would wither if we were to confine ourselves to an endless repetition of: Hitler is abominable, Hitler is deplorable. We have other things to do. The values and traditions we wish to protect from the clutch of Fascism must be creatively upheld. 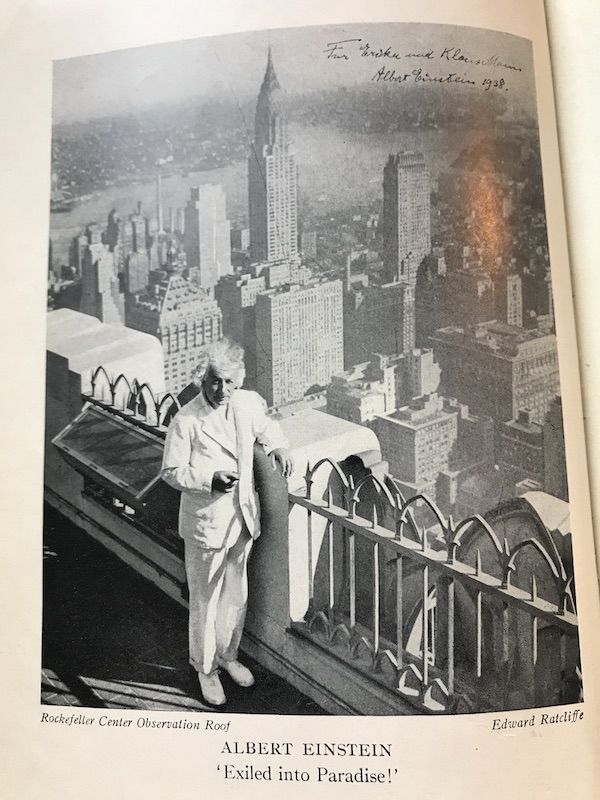