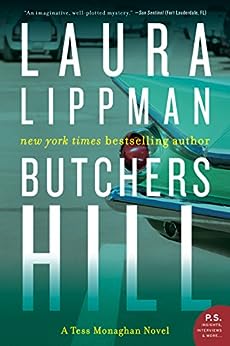 Lippman finally gets around to having non-white characters in her third Baltimore-set Tess Monaghan mystery, which is a relief and sometimes cringe-worthy. In this, Tess has set up her own private eye office and gets two clients whose stories comingle by the end of the tale. The Butcher of Butcher Hill is an elderly man who was just released from jail for having shot and killed a kid for breaking into his car a few years prior, and suddenly all the other kids that were around that night start popping up dead. The other case is to track down the daughter of a now-successful woman who had given her up for adoption 13 years before. I’m not quite sure why I keep reading these, but maybe they get better as she goes on?