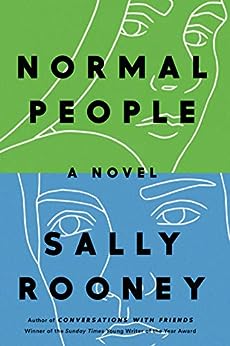 The Sally Rooney book that everyone is in love with turned out to be quite good. Weirdo Marianne has a clandestine relationship with the son of her housekeeper, Connell, who’s popular in high school and doesn’t want people to know about the two of them. Fast forward to the next year and she’s the confident one at college, Connell shy and not knowing anyone. They have an on-again off-again relationship through several rocky years before settling in together. Beautiful writing, and I loved the way each chapter pushed forward, 2 months later, 4 months later, 5 minutes later, keeping the pacing going.