This 1970 book is the documentation of one man’s fight against the bone-jarring noise that took over a construction site near his NYC apartment for three years. Baron was somehow able to drop everything else he was doing and enter into the world of NYC bureaucracy, calling a myriad of Departments (Health, Transportation, etc.) to figure out how to get the noise down. Eventually he forms a citizens committee and becomes immersed in the global fight against noise (European car horns were quieter than US! They had to ship special horns here). There’s not much of real interest in the book except for the joy of reading his attempts to pull humanity back from the brink of noise anarchy. “If ours were a civilized society, it would not be necessary to work so hard to make a case for noise as a health problem.”

On the plus side, further research led me to this amazing NYTimes photo from the 1970s with the van for measuring noise: 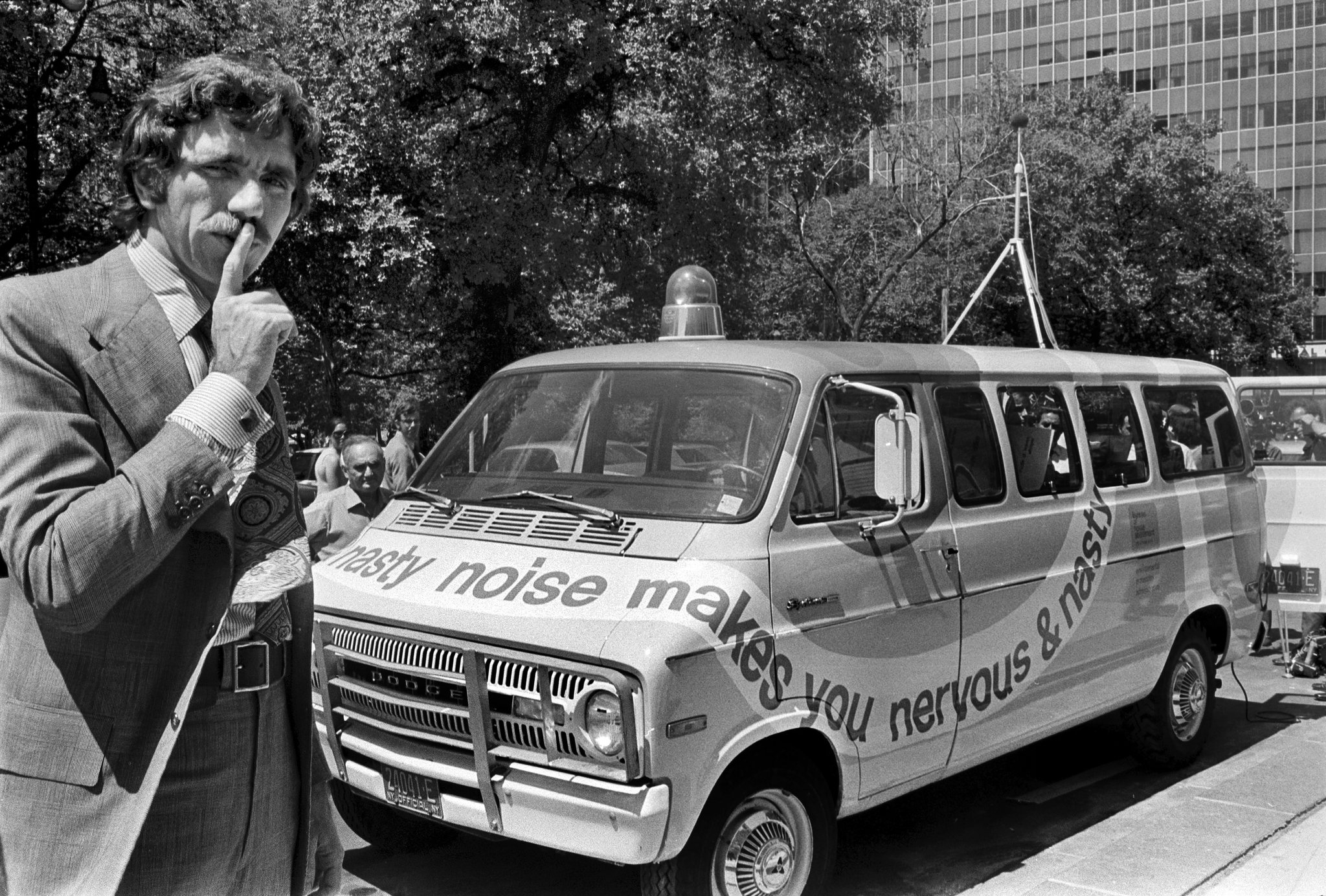