Another day, another rabbit hole. Heard about Sarah Seo’s book on the War on Cars podcast and needed more detail about how we’ve essentially given up our 4th Amendment right against unreasonable search and seizure in exchange for the “freedom” of cars. The origin of the modern police state can be traced back to the adoption of automobiles. Previously, cops only interacted with “unsavory” elements on the outskirts of society, but with cars on the scene, everyone becomes a suspect and open to arrest/interrogation.

Dense with intricate examination of legal cases, there’s a lot of good info in here. Seo calls the need to reconcile policing power with right to privacy the greatest struggle of the U.S.’s 20th century. Vollmer was the visionary police chief in Berkeley who launched a proto-pager system that alerted cops when crimes went down instead of requiring them to return to the station to discover what had happened. He also combined cars with two way radios for the first time, and pushed all cops across America to get automobiles into their fleets. In Roscoe Pound’s 1930 Criminal Justice in America, he dubs technological innovations “agencies of menace” because the car, radio, and moving pictures seemed to magnify “conscious and aggressive individual self assertion” which increased the “points at which the claims and desires of each individual and those of his fellows conflict or overlap.” Automobiles enlarged perceptions of the self, enhancing freedom and self-determination.

In the 1920s, volunteers would spot traffic violations and report to a committee that would mail a letter urging cooperation in reducing incidents. A second communication would be more pointed, and a third report would trigger a police action. This wasn’t sustainable, so police were beefed up to handle the huge influx of traffic violations, to disastrous effect for people of color (and others). 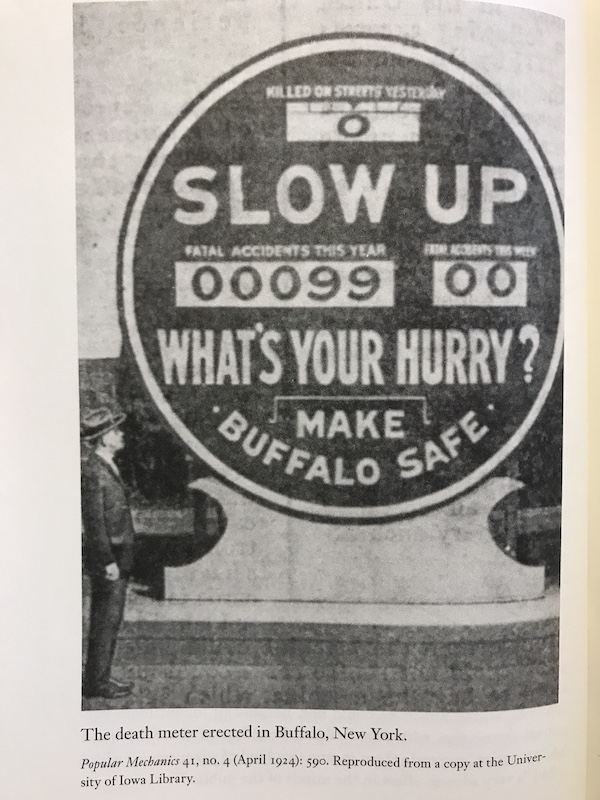