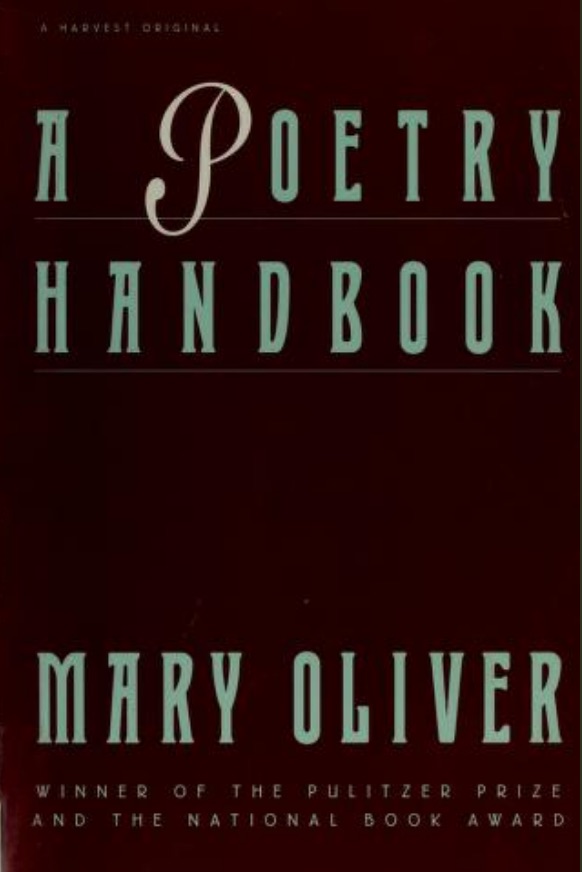 Another book I’ve been sipping from for weeks, and one I’ll likely keep reading continuously. I picked up at the Beat Museum, on my list to buy after another poet (Hoagland) called Oliver “the Miss Manners of poetic convention,” so I rose to defend her. This is a helpful book that drills down on technique, inviting students to mimic other writers to try on different styles, to pay attention to SOUND, to the line, whether or not to go for free verse or something more restricted, the role of imagery, tone, voice, the importance of revision.

She recommends consistent writing to allow inspiration to know when to show up. You “promise to be at your desk in the evenings, from seven to nine. It waits, it watches. If you are reliably there, it begins to show itself—soon it begins to arrive when you do. But if you are only there sometimes or are frequently late or inattentive, it will appear fleetingly, or it will not appear at all.”

“The poet must not only write the poem but must scrutinize the world intensely, or anyway that part of the world she has taken for subject. If a poem is thin, it is likely so not because the poet does not know enough words, but because she has not stood long enough among the flowers—not seen them in any fresh, exciting, and valid way.”

“The pentameter line is the primary line used by the English poets not for any mysterious reason, but simply because the pentameter line most nearly matches the breath capacity of our English lungs—that is, speaking in English—and thus it is the line most free from any special effect.”

“In order for the tone of the poem to change, the line had to change. Now a line was needed that would sound and feel not like formal speech but like conversation. What was needed was a line which, when read, would feel as spontaneous, as true to the moment, as talk in the street, or talk between friends in one’s own house…. Speech entered the poem. The poem was no longer a lecture, it was time spent with a friend. Its music was the music of conversation.”