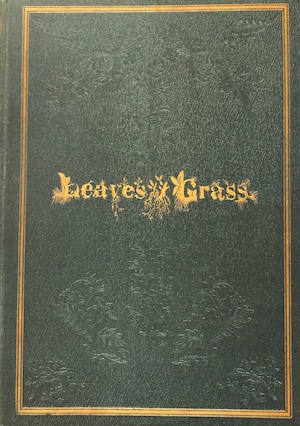 It’s taken me about a week to slog through the 24 page, 30 paragraph, nearly unreadable “prose” introduction Whitman tacked onto the first edition, written after the poems when he was starting to puff and bloat. Crowley calls out Whitman’s “rather bumptious American nationalism” as the new prophecy he begins to promote in that text. Indeed, Walt seems very proud to be an American, continues to marvel at the fact that the President must tip his hat to us instead of vice-versa. What fun to travel back in time when that was the case, before the U.S. experienced its own bloat and gluttony.

Despite the confusing, swollen sentences, there are bits of gold dust to be panned and savored. Walt commands us, “This is what you shall do:… read these leaves in the open air every season of every year of your life, re-examine all you have been told at school or church or in any book, dismiss whatever insults your own soul, and your very flesh shall be a great poem…”

I did like his phrasing around appreciating immigrants: “To [the American poet] the other continents arrive as contributions.”

Earlier, he contradicts himself, “The art of art, the glory of expression and the sunshine of the light of letters is simplicity. ” But he’s barely able to contain himself, as shown in the below snippet. Crowley calls it “Whitman’s age-old habit of never saying in three words what might be said in six.” Is this something you’d want to read? 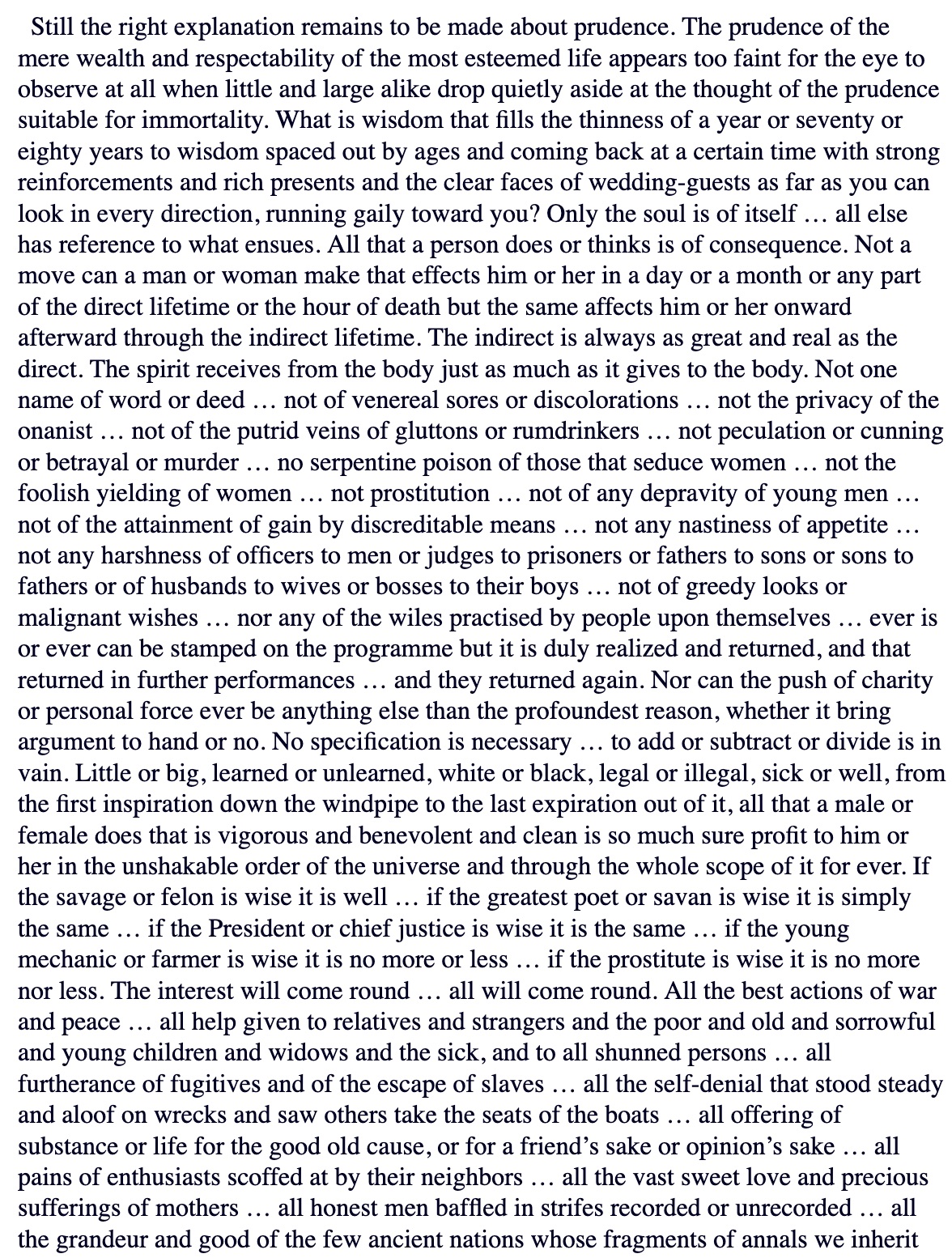