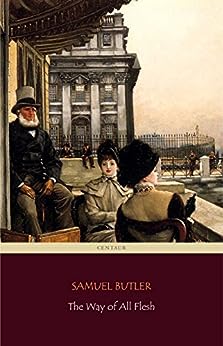 Is there a better delight than unearthing a book that you’d never heard of but that is considered “one of the summits of human achievement” by Shaw, “one of the time bombs of literature” by V.S. Pritchett, better than “some of the masterpieces of English fiction” by Woolf? (Woolf’s 1916 review of his biography notes that Samuel Butler “is one of those rare spirits among the dead whom we like… as we do the living, so strong is their individuality and so clearly can we make up our minds about their manners and opinions.”) I stumbled onto this book by way of the 1924 Who Would Be Free, where the book made a huge impact on the main character. And lo, it appears to be on a list of the best 100 novels of all time!

Published posthumously in 1903 so as not to offend his family, it’s semi-autobiographical, a tale of a promising young boy thrust into the clergy and eventually estranged from his domineering pastor father. Unbeknownst to him, his aunt has left him a fortune to come to him upon his 28th birthday, and his godfather Overton (the book’s narrator) oversees the funds until then. The writing is a delight, so fresh and modern for having been written in the 1870s. His passage on marriage can’t be left without note:

A man’s friendships are, like his will, invalidated by marriage—but they are also no less invalidated by the marriage of his friends.  The rift in friendship which invariably makes its appearance on the marriage of either of the parties to it was fast widening, as it no less invariably does, into the great gulf which is fixed between the married and the unmarried, and I was beginning to leave my protégé to a fate with which I had neither right nor power to meddle.  In fact I had begun to feel him rather a burden; I did not so much mind this when I could be of use, but I grudged it when I could be of none.  He had made his bed and he must lie upon it.  Ernest had felt all this and had seldom come near me till now, one evening late in 1860, he called on me, and with a very woebegone face told me his troubles.

As soon as I found that he no longer liked his wife I forgave him at once, and was as much interested in him as ever.  There is nothing an old bachelor likes better than to find a young married man who wishes he had not got married—especially when the case is such an extreme one that he need not pretend to hope that matters will come all right again, or encourage his young friend to make the best of it.