Volume 2 of Jones’s memoir drags a bit but still has interesting and surprising facts; mostly it’s filled with letters to and from Butler, and reminisces about him by his friends once he’s gone.

An Italian woman asks Butler which is best: prose or poetry, and Butler decides “Poetry, because there is less of it on a page.”

Mrs. Alfred Bovill writes: “He was not the sort of person one met casually; he never made a practice of going to parties, and therefore whenever we did meet it was a regular arrangement and was all the pleasanter as one could arrange not to have people there who would not be interesting or interested—just a few real friends.”

Of real interest was Appendix E, wherein Jones includes the lists of items that Butler took when away from home because he found himself always saddled with things he didn’t need and was missing things he did. Different lists for different locations. Boulogne is where he Christmas’ed (in France), Shrewsbury is where his family lived (NW of Birmingham), then there were the “foreign” travels (e.g. Switzerland, Italy, Greece). What on earth could “portfolio fully charged” mean in the 1880s? 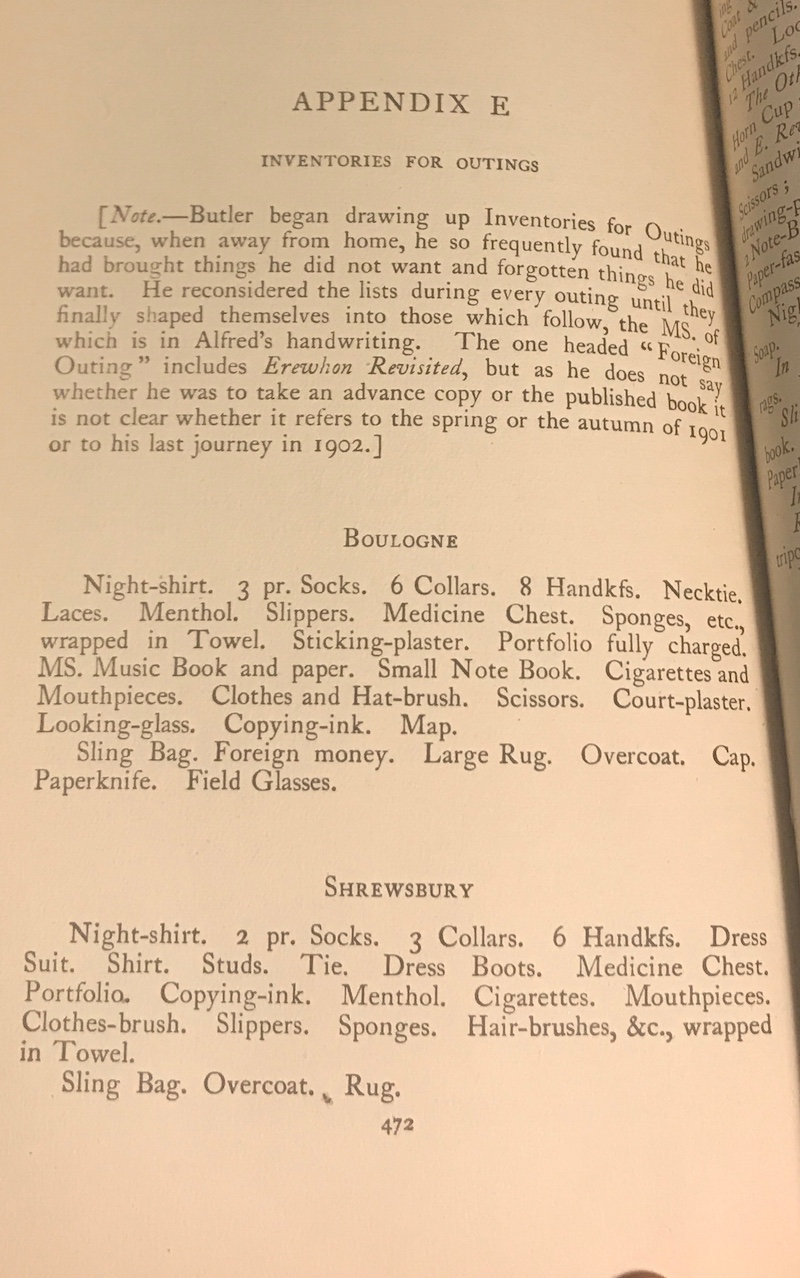 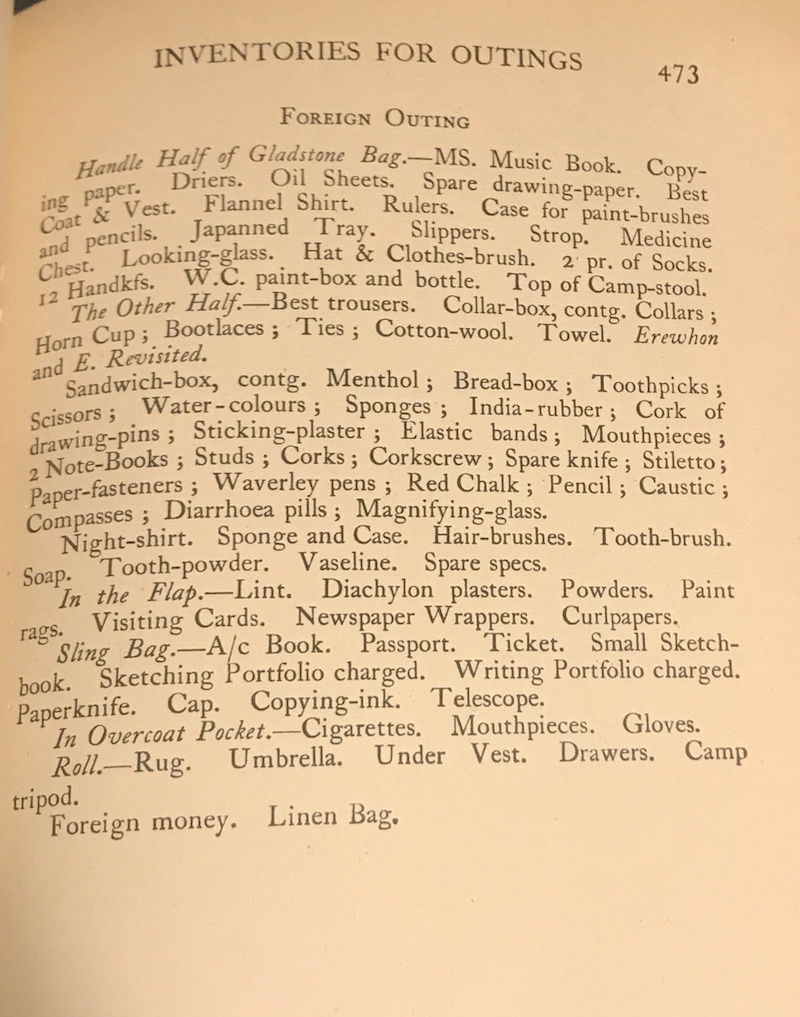