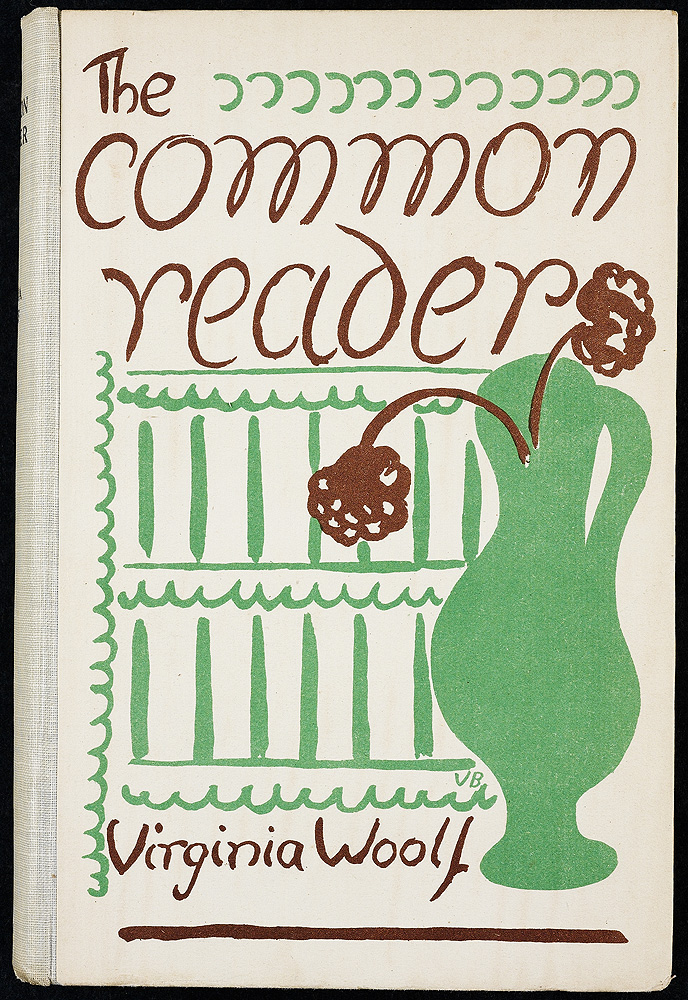 From her diary and letters we know she wanted to have The Common Reader—written concurrently with Mrs. Dalloway—published first, followed by the novel, which is exactly what happened in 1925. Reading the essays, it’s clear why this order was preferred—she lays out a case for the experimentation she’s doing with her own writing and paves the way for a deeper dive into self in Mrs. Dalloway. The last sentence of the book indeed urges us to “scan the horizon; see the past in relation to the future; and so prepare the way for masterpieces to come.” Mic drop, may I introduce you to a masterpiece I call Mrs. Dalloway?

This last essay, How It Strikes a Contemporary, tries to understand why critics can’t agree on any masterpieces being produced in the current post-Great War age. Woolf points out that this is primarily a result of writers having “ceased to believe.” (This emphasis on belief is something she pushes as a prerequisite for good writing in The Modern Essay.) But looking at past classics, she raises a questioning finger and says they “seem deliberately to refuse to gratify those senses which are stimulated so briskly by the moderns; the senses of sight, of sound, of touch—above all, the sense of the human being, his depth and the variety of his perceptions, his complexity, his confusion, his self, in short.”

Modern Fiction carries on the argument she developed in 1924’s Mr. Bennett and Mrs. Brown, drawing a line between the old guard “materialists” and the new writers she deems “spiritualists”; Joyce gets a lot of ink here (although she does call out the “comparative poverty” of his mind, zing!), pointing out how much of life we normally exclude or ignore. With regard to the old way of writing, she asks “Must novels be like this?” Life is very different from the tight plots of novels, it’s “a luminous halo, a semi-transparent envelope surrounding us from the beginning of consciousness to the end. Is it not the task of the novelist to convey this varying, this unknown and uncircumscribed spirit, whatever aberration or complexity it may display, with as little mixture of the alien and external as possible?”

She seems also to be speaking of herself in the Jane Austen essay as she imagines what Jane could have done with her next six novels:

Excellent advice on writing fills the space of The Modern Essay. “… but what art can the essayist use in these short lengths of prose to sting us wide awake and fix us in a trance which is not sleep but rather an intensification of life…?” She must know how to write. Essays must be free from “dullness, deadness, and deposits of extraneous matter.” Of the dangers encountered: “Soon the current, which is the life-blood of literature, runs slow; and instead of sparking and flashing or moving with a quieter impulse which has a deeper excitement, words coagulate together in frozen sprays…” And THIS, MY GOD THIS: “To write weekly, to write daily, to write shortly, to write for busy people catching trains in the morning or for tired people coming home in the evening, is a heart-breaking task for men who know good writing from bad.”

The Brontës essay (Charlotte was a poet, but Emily was the greater poet) also gives us a window into what Woolf was trying to do with her own fiction: “It is as if she could tear up all that we know human beings by, and fill these unrecognisable transparences with such a gust of life that they transcend reality. Hers, then, is the rarest of all powers. She could free life from its dependence on facts; with a few touches indicate the spirit of a face so that it needs no body; by speaking of the moor make the wind blow and the thunder roar.”

In On Not Knowing Greek, she gets as close as I’ve yet seen to discussing the impact of the Great War: “In the vast catastrophe of the European war our emotions had to be broken up for us, and put at an angle from us, before we could allow ourselves to feel them in poetry and fiction.”

I’m thankful for having just read Montaigne’s essays and it made me appreciate even more her Montaigne:

For ourselves, who are ordinary men and women, let us return thanks to Nature for her bounty by using every one of the senses she has given us; vary our state as much as possible; turn now this side, now that, to the warmth, and relish to the full before the sun goes down the kisses of youth and the echoes of a beautiful voice singing Catullus. Every season is likeable, and wet days and fine, red wine and white, company and solitude. Even sleep, that deplorable curtailment of the joy of life, can be full of dreams; and the most common actions—a walk, a talk, solitude in one’s own orchard—can be enhanced and lit up by the association of the mind. Beauty is everywhere, and beauty is only two finger’s-breadth from goodness. So, in the name of health and sanity, let us not dwell on the end of the journey. Let death come upon us planting our cabbages

I love her method for introducing Chaucer into the conversation, by way of the story of the 15th century Paston family and the young gentleman who preferred to sit reading in his windy castle rather than tend to his family’s business.

Russian writers were hugely important to Woolf, but only read in translation although she did attempt to learn Russian (1921) in order to help Kot with his translations into English. The subject of translation is briefly touched on in The Russian Point of View:

What we are saying amounts to this, then, that we have judged a whole literature stripped of its style. When you have changed every word in a sentence from Russian to English, have thereby altered the sense a little, the sound, weight, and accent of the words in relation to each other completely, nothing remains except a crude and coarsened version of the sense. Thus treated, the great Russian writers are like men deprived by an earthquake or a railway accident not only of all their clothes, but also of something subtler and more important—their manners, the idiosyncrasies of their characters. What remains is, as the English have proved by the fanaticism of their admiration, something very powerful and very impressive, but it is difficult to feel sure, in view of these mutilations, how far we can trust ourselves not to impute, to distort, to read into them an emphasis which is false.

Also of note in this essay is that she quotes Elena Militsina again (“Learn to make yourselves akin to people… let this sympathy be not with the mind—for it is easy with the mind—but with the heart, with love towards them.”). This is the second time she quotes Militsina in this collection of essays (also in Modern Fiction), and originally quoted in her 1918 essay that I just dug up from a rabbit hole search— The Russian Point of View — which she clearly revised heavily for inclusion here.