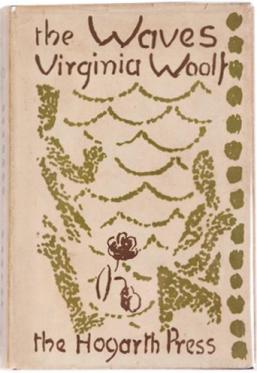 After closing the book, the words continued to wash over me as their echoes faded. What is there to say about this magnificent poem? I’d forgotten in the 20 year span since I last read it how powerful it was, seductive. Was I able to read it slowly last time? Did I savor it in small bursts like this go-round? Did I have the same level of appreciation as this time when I was excited to reach 1931 in her chronology, knowing that The Waves awaited? Or is a deeper understanding only possible now as a middle aged person rather than as a bubble-headed undergrad flinging her way into the world, at the beginning of her journey? The progression through time squeezed my heart in a way that would be imperceptible to a twenty-something. I also find it invaluable to have been her sweat and tears and gnash her teeth over the prior months in working hard at this masterpiece, in contrast to how she flung off the “joke” of Orlando in a dash. Rhythm and pace and beat preoccupied her thoughts, how helpful to have been becoming close pals with Ethel Smyth at the same time as composing this?

Several images in here that have popped up in her other writing, the rooks settling like a net on the trees, the fin out on the water, the moths.

I appreciate the many years I’ve belonged to the VW listserve, as the question of pronunciation of names came up a while ago, someone calling out how the emphasis is always on the first syllable in British names (BERNard, not berNARD) which left me correctly pronouncing the characters this time.

I immediately jumped to my new favorite resource to read a selection of letters that were written to her in response. The below might be my favorite, feeling a similar feeling of the “utmost depression” as one who also proposes to write. 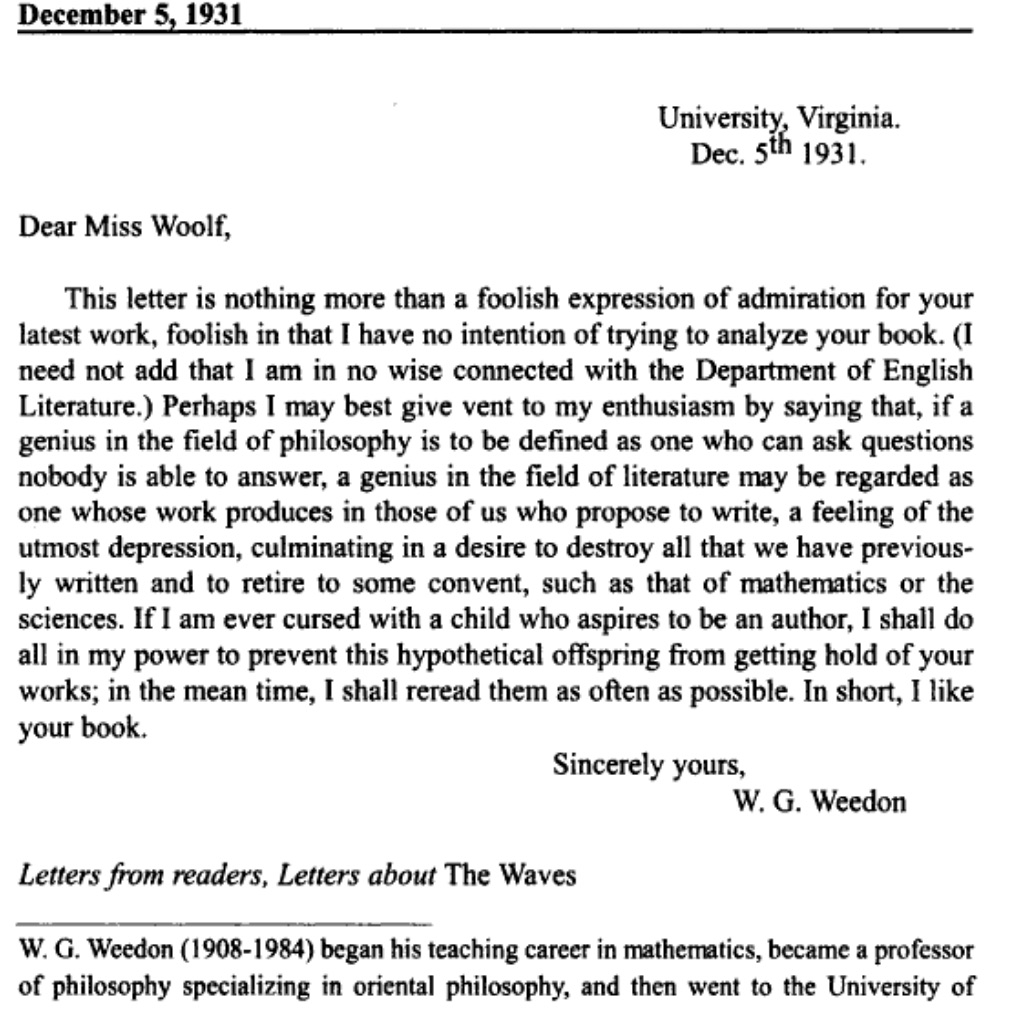