A very dated publication that doesn’t hold up well in today’s light, despite my coming across mention of it from several enthusiastic recommendations in Second Wave books. In 1973, Ehrenreich and English self-published this pamphlet raging against the takeover of men in the healing industry, the vilification of midwives, the burning of witches in the middle ages. It’s all over the place, and in the 2010 introduction, the authors admit to having been wrong in retrospect by inflating totals of witches burned, but they claim their sources at the time were limited. Best part of the book were the images that they got to include since it was self pub’d. 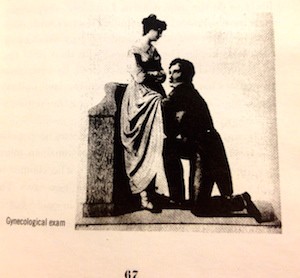