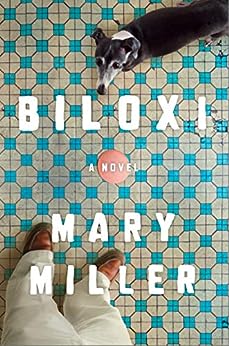 I get all my best book recommendations from the Paris Review, I think. At least those that contain writing that makes me swoon. Mary Miller has stolen my heart with this novel about a 63-year-old man, Louis McDonald, Jr., recently retired in Biloxi, Mississippi. His wife of many years, Ellen, has left him. His father has died and instead of leaving a substantial inheritance has left him with piles of bills (including those to support his daughter-in-law, Ellen), and ends up with $14k. He drinks cans of beer while watching Naked and Afraid, and his life changes one morning when he makes a left turn instead of a right turn so he can avoid his ex-wife, ending up adopting a dog (Layla) from a fat old man named Harry Davidson. Because Louis is a big weirdo, he rolls by the house about a week later clutching some church pamphlets so he can go up to Harry’s door and meet his wife. Sasha answers the door and spots Layla in the car, realizes that her dog hasn’t run away after all. Louis comes in and drinks a bunch of vodka and hightails it out of there hours later when Harry comes home. Later, Sasha arrives at his place and camps out for a few days, eventually cleaning him out and stealing what little there was to steal. The glimpses you get inside Louis’s brain reveal what it must be like to be older in a world that has changed exponentially since you were born; like the fact that 10-2 on the steering wheel is no longer recommended because of air bags, and using smart phones for everything, being pushed to fill forms out online by the Social Security office but thankful he gets an appointment to witness the banter between agents. At one point he wants to go to Toys-R-Us to shop for his granddaughter, not realizing that they went out of business years before. I was just talking about this the other day, how there’s no more place that’s filled to the brim with toys, and Louis describes browsing the Target toy aisles: “there were only a few of them and it made me sad for all the children who didn’t know what a whole entire store devoted to them felt like, a trip undertaken solely for them as opposed to an afterthought while their mothers purchased sheets or some such.” The whole novel leaves you with that buzzy feeling of being tipsy and sunburned and driving around the Gulf of Mexico; in other words, Miller transports you directly to the heart of Biloxi.