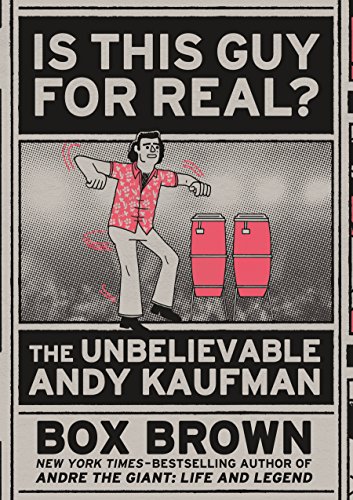 If you’re a bit confused about Andy Kaufman—as I admittedly was—this is a great primer to fill you in on his antics. His love of wrestling bloomed early but after seeing one of his heroes get knocked out quickly, he turned his back on the sport for a decade and focused on his impressions (Elvis, Mighty Mouse) and bongo playing. A role on Taxi and a recurring spot on SNL made him recognizably famous and he wandered into wrestling again. Elvis himself loved Kaufman’s impressions of him! It was all of the hullabaloo after Elvis died that he was still alive that gave Andy the idea of faking his own death, which he definitely did not do, instead croaking of lung cancer at age 35. His Taxi castmates didn’t make the funeral because they thought it was a joke. Heartbeeps!