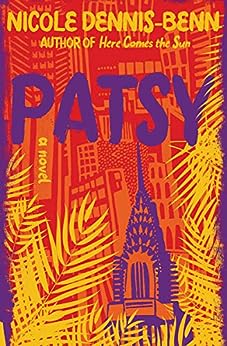 A Jamaican woman travels to NYC in search of the promised good life of the U.S. but without proper papers is met with a series of terrible low-wage jobs. She’s a math wizard but not given the chance to flaunt this skill, dating back to childhood when she gave her friend Cicely the answers to a math test and then the teacher accused Patsy of cheating off Cicely’s paper. In NYC she’s taken to an agency where Cicely tries to get her to accept a nanny gig, but Patsy revolts, wants to try her hand at an office job, which they wouldn’t give to anyone without proper documentation. Instead, she works in a restaurant cleaning toilets, then as a maid, later as a nanny for one of the homes she cleans. When she left Jamaica, she left a 5-year-old daughter behind. The story of Patsy is interspersed with that of Tru, being brought up by her father. Mostly I was disappointed, skimmed the book to just read the Patsy sections which I found more interesting.