I think I heard about this book in an interview with Vicki Robin, of Your Money or Your Life fame (which it looks like I read twice, in 2007 and in 2013). Grant’s main point seems to be that all the previous advice we get is wrong about putting away a small percent each year toward retirement then hoping it’s enough when we reach 65. Instead, he advises you to supercharge it so you can take advantage of the magic of compounding. And other sources talk about maximizing one of the levers of saving, earning, and expenses—Grant tells you to focus on all 3 at once. Side hustles is the name of the game (unless you’re like me, running your own biz). Most interesting was the section on Roth IRA conversion ladder – I didn’t realize once you convert, you can withdraw without penalty 5 years later. 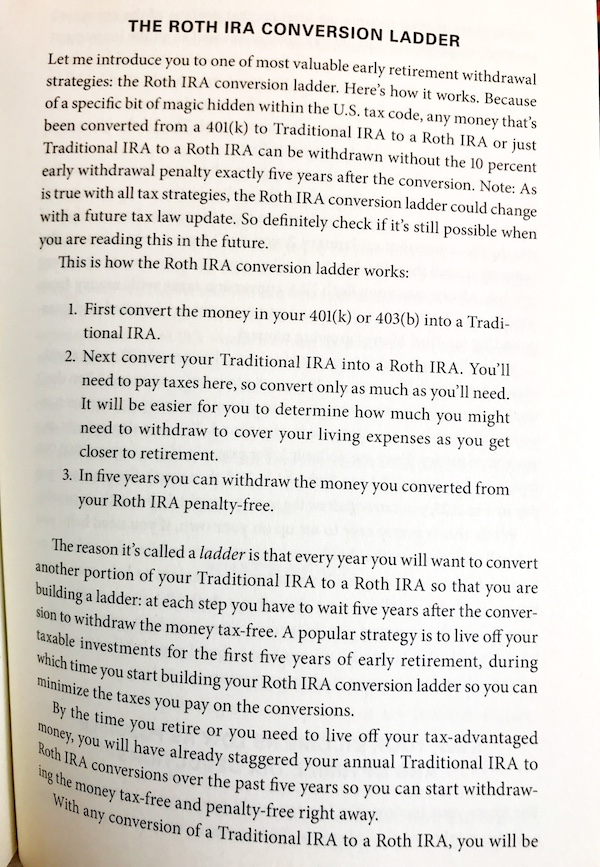 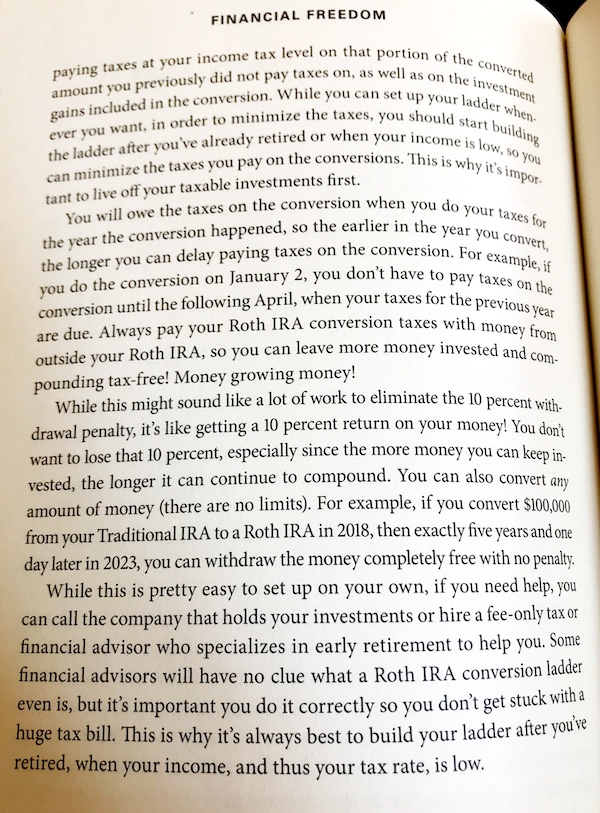