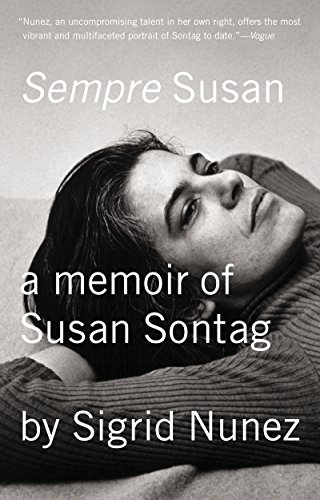 Sigrid Nunez’s memoir was a delight—mentioned in Janet Malcolm’s latest New Yorker piece wherein she eviscerates a new biography of Sontag and offers Nunez’s memories as a counterbalance.  Nunez arrived at Sontag’s doorstep to help with piled up correspondence that had pooled while Sontag was convalescing from breast cancer. Soon she was dating Sontag’s song, David, who lived with Susan, and the three of them were shortly piled into the apartment together for a few years. Beautiful, generous memories from Nunez that humanize Sontag in a way that no others seem to.

Even someone who met her only once was likely to go away with a reading list. She wanted to improve the minds and refine the tastes of other people, to tell people things they didn’t know. She wanted her passions to be shared by all, and to respond with equal intensity to any work she loved was to give her one of her biggest pleasures.

Sontag was addicted to films:

It was with her that I first learned how much more exciting a movie is when watched form a seat close up to the screen. Because of her, I still always sit in the front of the theater, I still resist watching any movie on television, and I have never been able to bring myself to rent movie videos or DVDs.

I cannot recall a single book she recommended that I was not glad to have read. One of the last times I saw her, it was W.G. Sebald’s The Emigrants that she went on and on about.

When Nunez shows Sontag her own writing, Susan spots the problem at once: “‘You need an agon,’ she said. And then, of course, she had to explain to me what that meant. ” (Conflict)

Nunez was much more introverted than the two of them and didn’t want to go out as much. “When I got sick of being faulted for not being more like the two of them, for not getting out in the world more, for not wanting to see and do more, I’d retaliate with what was probably the biggest gun I had: ‘Beckett wouldn’t do it.'”

*** Update, days later after watching Tokyo Story, I can’t stop thinking about this: 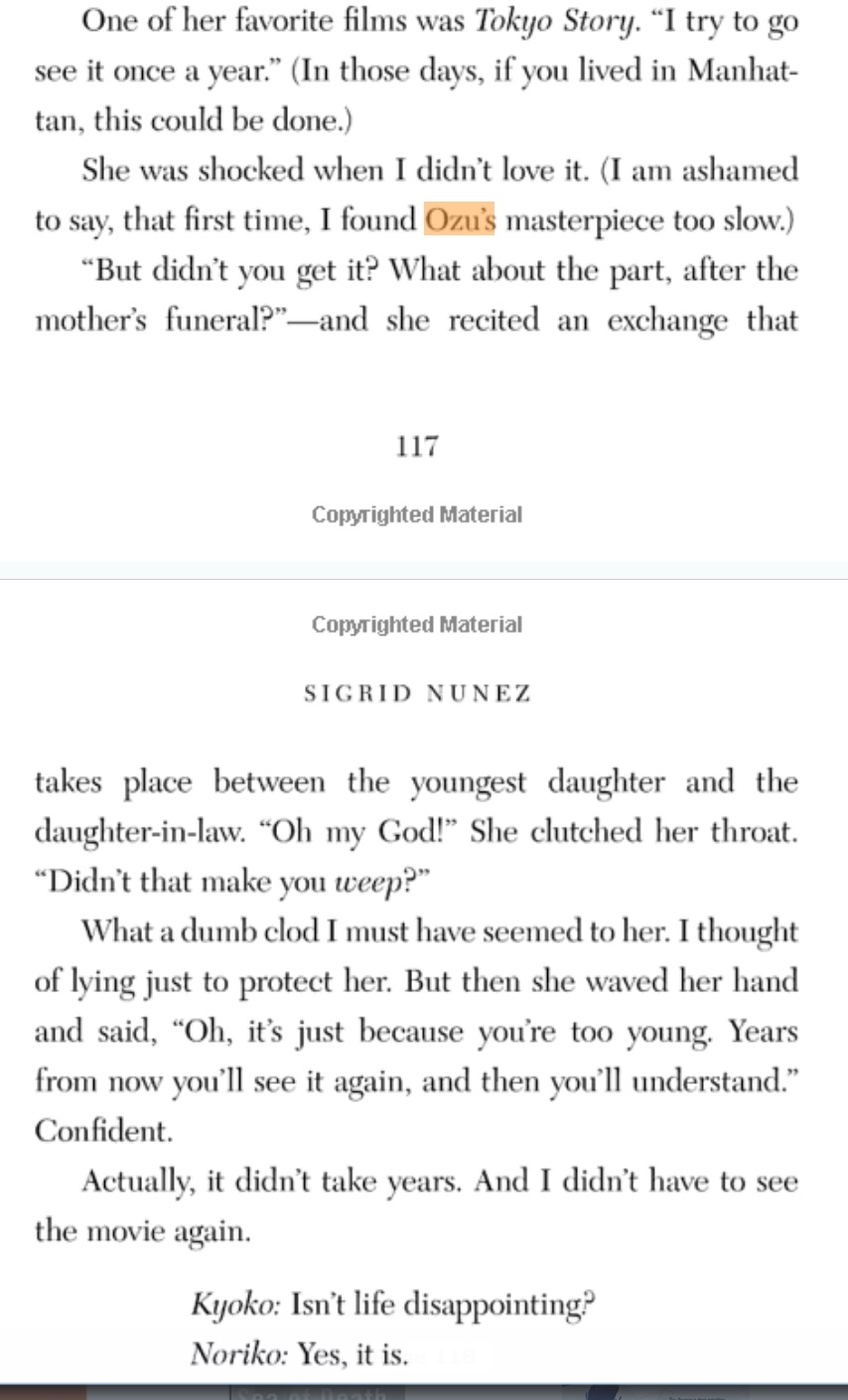