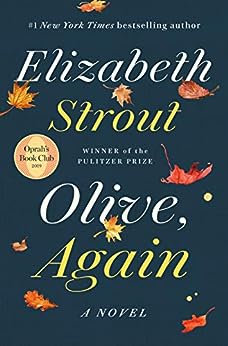 Excellent followup to Strout’s Olive Kitteridge, we pick up almost exactly where the first Olive leaves off. She marries Jack and feels like he’s her “real” husband (not dead Henry), although at the end of the book when she’s in assisted living, she ends up hiding Jack’s smaller portrait and leaving Henry’s up. That’s actually a sweet ending, where she bounces lonely around the old folks until she meets a new inmate who she gets along with. They exchange keys and check in on each other twice a day, in addition to having meals together, but the simple 8am opening the door, waving, not saying anything, and the same at 8pm is so sweet.  Possibly my favorite section was Exiles, about a couple visiting his brother and their sister-in-law, Helen gets wasted on white wine and falls down the stairs after she gets flustered when the sister-in-law declares that hearing about other people’s grandchildren gets tiresome.