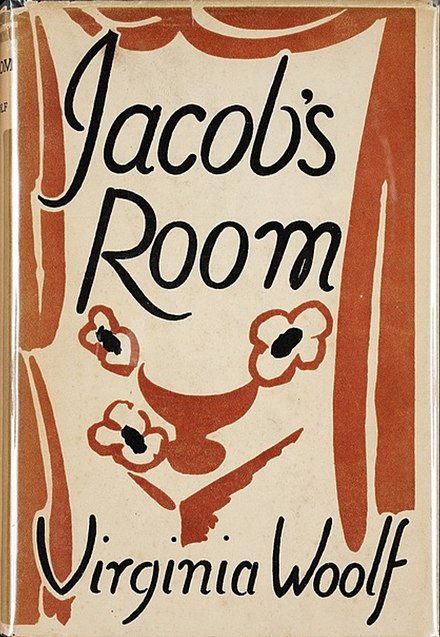 I’m having a hard time exiting my dreamy state of mind from reading this. The words take over, pull you under, lull you with mystic rocking into the deep.  Ghostly characters swim into view then vanish. We get scratches on the surface about who they are, why they live. Time accumulates and coagulates as the clocks tick and ring out the hours. Jacob is searched for but unknowable.

I’m overcome with goosebumps by reading the end of chapter 11, just awash with beauty. Chills. Awe. Respect. Nothing happens, it’s just that my soul has been wrenched out of my body and transported to a time before the Great War, a time when everything was still possible.

There is humor (“Probably,” said Jacob, “we are the only people in the world who know what the Greeks meant”), there is poetry (describing the cheap weekly magazines: “the weekly creak and screech of brains rinsed in cold water and wrung dry”), there’s an explanation of the best way to read (“any one who’s worth anything reads just what he likes, as the mood takes him, with extravagant enthusiasm”).

Jacob Flanders, his widowed mother, his two brothers, the married Captain who pays daily house calls to Betty Flanders, his disabled wife taken out for an airing, Jacob’s pals at Cambridge, his various prostitutes and female conquests, his gay friend Bonamy who is perhaps in love with Jacob, we get waves and wave of people crashing into our consciousness. Like the girls spotted crossing the Waterloo Bridge “striding hand in hand, shouting out a song, seem to feel neither cold nor shame. They are hatless. They triumph.” Bright, vague creatures. Snippets of conversation. A peek inside a Parisian artist studio.

Poetry poetry poetry: “Often, even at night, the church seems full of people. The pews are worn and greasy, and the cassocks in place, and the hymn-books on the ledges. It is a ship with all its crew aboard. The timbers strain to hold the dead and the living, the ploughmen, the carpenters, the fox-hunting gentlemen and the farmers smelling of mud and brandy. Their tongues join together in syllabling the sharp-cut words, which for ever slice asunder time and the broad-backed moors. Plaint and belief and elegy, despair and triumph, but for the most part good sense and jolly indifference, go trampling out of the windows any time these five hundred years.”

“Stretched on the top of the mountain, quite alone, Jacob enjoyed himself immensely. Probably he had never been so happy in the whole of his life.”

In August 1922 she wrote in her diary: “On Sunday L. read through Jacob’s Room. He thinks it my best work. But his first remark was that it was amazingly well written. We argued about it. He calls it a work of genius; he thinks it unlike any other novel; he says that the people are ghosts; he says it is very strange: I have no philosophy of life he says; my people are puppets, moved hither & thither by fate. He doesn’t agree that fate works in this way. Thinks I should use my ‘method’, on one or two characters next time; & he found it very interesting, & beautiful, & without lapse (save perhaps the party) & quite intelligible… But I am on the whole pleased. Neither of us knows what the public will think. There’s no doubt in my mind that I have found out how to begin (at 40) to say something in my own voice; & that interests me so that I feel I can go ahead without praise.”

Pub’d 1922, her first experimental novel although she’d shown flashes of this in the short stories published previously.