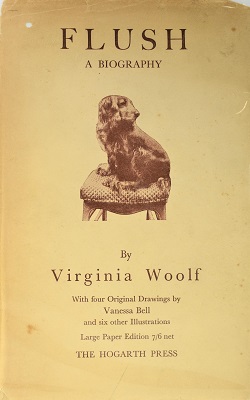 I was as unexcited to read this as Woolf was to have it published. She started this project as a lark, as a way to relieve the pressure of having created The Waves, dreaming up the biography of Flush, Elizabeth Barrett Browning’s dog. Not being much of a dog person, I was reluctant to add this to my collection, but it’s still filled with dazzling VW sentences, and I liked the notes in the back that she writes to explain away her choices (we know Flush died, but not exactly when, etc.)

Interesting to read about the conflict between the haves and have nots, the scoundrels who kidnapped Flush and demanded a princely ransom (equivalent of $2500 in today’s currency) for his return. Other dog owners who didn’t pay received their dog’s paws severed from the dog’s body. Yikes.

The fifth volume of essays marks a shift away from the stewardship of Andrew McNellie to Stuart Clarke, a much-needed improvement. Clarke is the type of editor who panders to the exact audience for this volume, Woolf scholars who want every shift in word annotated and lengthy informative end notes pepper the essays. Stuart is still very active on the VW listserve, so it felt almost like reading a friend. I guess I’ve been reading these since July, when I finished up Volume 4.

Most of the joy I got from these was as supplements to the letters and diaries I was reading. She’d moan about having to finish up an essay or whinge about polishing off some reading. But underneath the complaining, the critical work Woolf did with the essays was a necessary complement to her fictional brain, it offered a release, and “proved her credentials.”

Possibly my favorite article was her Letter to a Young Poet (1932) which has so many delicious quotable bits: “All you need now is to stand at the window and let your rhythmical sense open and shut, open, and shut, boldly and freely, until one thing melts in another, until the taxis are dancing with the daffodils, until a whole has been made from all these separate fragments” and “reading, you know, is rather like opening the door to a horde of rebels who swarm out attacking one in twenty places at once” and “The art of writing…, the art of having at one’s beck and call every word in the language, of knowing their weights, colours, sounds, associations, and thus making them, as is so necessary in English, suggest more than they can state, can be learnt of course to some extent by reading—it is impossible to read too much; but much more drastically and effectively by imagining that one is not oneself but somebody different. How can you learn to write if you write only about one single person?” 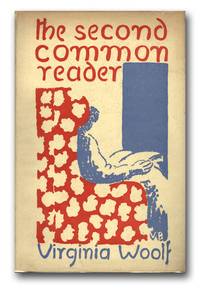 Intensely interesting preface to a new edition of Kafka works by Joshua Cohen, repub’d in the Paris Review. I want to get this book but am stymied by my US location. Jotting this down here in hopes not to forget.